Interview with Marc Peter for the Embassy’s – creative heads

NAME, FAMILY NAME, profession, place of residence, in the UK since XXXX

What brought you to the UK?

>> A Masters Degree in Interactive Media at the London College of Communication, University of the Arts, London. Initially I came to London to complete only the MA for a year, now it’s my 15th year!

Best cultural thing to do in the UK?

>> It must be all the free access to incredible galleries and museums across the UK. Trend-spotting in Shoreditch, Dalston and the West End.

What is your favourite English word? Why?

>> Don’t Procrastinate. Because it is so easy to make a mess of spelling it… and I try very hard not to do it...

What do you miss from Switzerland?

>> Initially it was typical Swiss food, but things like Raclette and Cervela are now more readily available at delicatessens and even large grocery stores like Sainsbury’s. I miss family and friends, but being half an hour from City Airport, frequent visits make up for it.

What is typically British for you?

>> The way people dress – you can wear anything and no one will bat an eye if you walk down the highstreet. People really use fashion as an expression of their personality – it’s unlike anything else. There is of course also the typical Friday evening drinks with work colleagues after work – before dinner –– that’s a really weird British thing.

Rösti and Bratwurst or Fish and Chips? Ale or Kaffi Schnaps? Fry up or Bircher Müesli?

>> Can I have it all? Depends in which country I am at the time.

Best place to be or thing to do to counter homesickness?

>> There is only one place: on the table with Sweety (Armin Loetscher) in St. Moritz in SOHO

Who is your favourite Swiss artist?

Who is your favourite British artist?

In which situations are you most Swiss?

>> I don’t have the queuing gene. Although people now not queuing in Switzerland drives me crazy.

What is your most British trait? What have you adopted from the British culture?

>> Collaborative working – in particular in the creative industries – the UK is definitely not as secretive and insulated as in Switzerland. Networking comes naturally.

Which is your favourite British cultural institution? Why?

>> If I have to narrow it down to one, it is the entrance to the British Museum – every pane of glass in the roof is a different size and hand-cut. It is such an embodiment of British craftsmanship, and always leaves me humbled.

Where is your place of inspiration? (In the UK, in Switzerland or anywhere else!)

>> Every time I walk around in Brick Lane the energy and constant change inspires me to create.

Who is your artistic idol?

>> After my Swiss Typography training, which is very grid-based, I discovered a magazine called The Face, and its then Creative Director Neville Brody. It then was clear for me that there is more in the world of Design and since then it is my passion to combine the structure of Swiss design with English eccentricity.

>> Had to had a long think, but I am slowly to integrated in UK culture and prefer Frieze and the Proms, but Montreux Jazz Festival is a treat – I try to go to all of them as often as possible.

How do you perceive the different nations of the UK: one country/culture or many?

>> When it matters they are one nation (like Wimbledon or Football World Cup), but after a couple of pints, they are all very patriotic to their hometown and the North/South divide becomes more pronounced. London is a bit of a country in its own right, made up of almost every culture on earth – it’s extraordinary and exciting and interesting.

Staying or going back?

>> Staying. My mortgage is huge… and I love London.

To view the original article and to read the other interviews from the series, go to the Embassy of Switzerland in the United Kingdom's Facebook page. 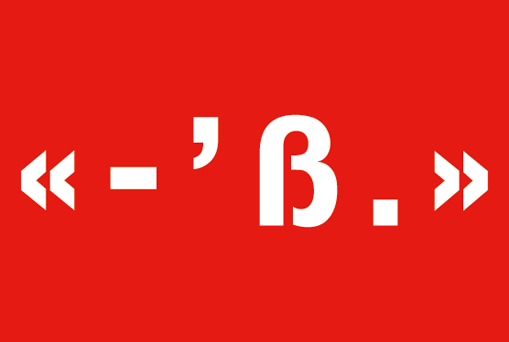 Working with Swiss Standard German text as a British designer – A guide to typographic and punctuation rules in Swiss text. 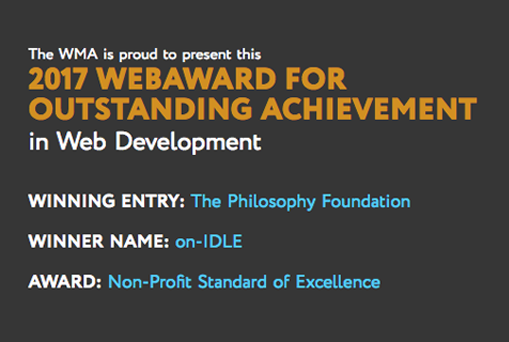 We win awards for our customers – on-IDLE has been presented with a winning award for The Philosophy Foundation website conceptualised, designed and built by our fantastic team... 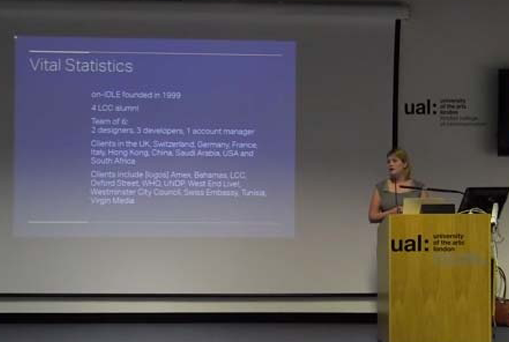 LCC Futures Lecture: Designing for Mobile – Watch the full lecture by Ané-Mari Peter as the final speaker at the LCC Futures Conference 2013 and view the slide show. The primary message of the lecture is to "Learn the language of touch".